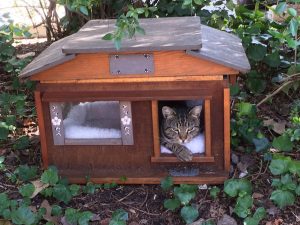 In the summer of 2015, a beautiful but terrified feral cat showed up behind our stores. Being the animal lovers we are, we started to feed her when we could and were able to trap her to get her spayed.

A house was donated so she could stay out of the elements.  For 4 months, this was her home as we worked to gain her trust with food and treats.  In the beginning, we put her food out and left her alone.  Then slowly, we started to toss treats at her…throwing them closer and closer each day. 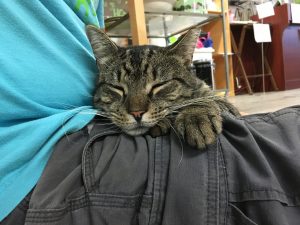 In November 2015, we were able to get her to sit next to us while giving her treats but no one could pet her.   Then one day…it happened!  I was able to pet her 3 quick times on her back before she ran away.  She seemed to appreciate it and started to wander into the backroom of our store…still spooked easily but more trusting.  As the days got colder, she became braver and hung out  in our store but she kept to herself.   Slowly, we were able to gain her trust.

In January 2016, we were finally able to pet her and put her in our laps for the first time. Our team was ecstatic!  We locked her inside our store one a bitterly cold January night  – not sure if she’d destroy anything.  But she didn’t…and seemed grateful to be inside.  She started spending every night inside our store to keep warm and dry. 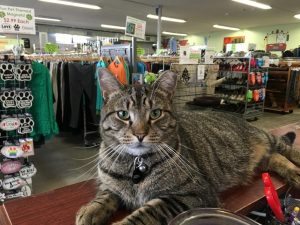 Just a few months later, she was roaming our store whenever she wanted and asking for customers’ attention and cuddles.  Our once feral cat was now a snuggle bug who craved attention.  Ana became a fixture at Second Life.  She happily provided cat therapy as needed and loved to cuddle and eat as much food as possible. Ana had became our official store cat.

She was a great friend to our foster cats at night, keeping them company, and helping the shy ones adapt to their new environment.  Ana seemed to appreciate her role as an indoor/outdoor store cat.  (We tried to keep her inside but it was tough at the store).  Ana was now a big part of our Second Life family.

Fast forward to a cold Saturday night in November, 2016…when we found Ana lifeless and lethargic.  She was in obvious pain and her eyes were glazed over with no life in them.  We rushed her to the emergency vet.  It was there that we found out Ana…was a HE.   The news was terrifying.  He was in grave danger with a full urethral blockage and he was poisoning himself.  His kidney levels were through the roof and we weren’t sure he’d pull through the surgery to unblock him…and whether there would be any permanent damage It was touch and go for a week while he recovered at our vet, but he pulled through it with excellent vet care.

After spending 3 weeks of recovery in a home where he received fluids and medications to lower his kidney levels, we decided that it’s best for him to not resume his duties as store cat. 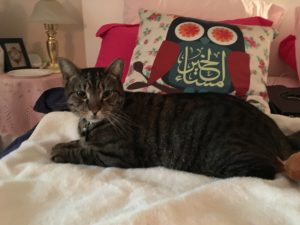 While his kidney values are back to normal, it’s still important that we keep a close eye on him for the rest of his life – and that’s easier to do in a controlled home environment.  He has embraced home life and loves having 2 cat siblings and a dog sister.  He adores sleeping on laps and in bed, and doesn’t seem to have any desire to go outside anymore.  I guess the love of a family is all he really wanted and needed.

Our cat will always be Ana to us.  His transformation from a scared feral cat to a loving pet is one of wonder and awe, and shows what the power of love can do to transform an animal’s life.  This is whey we rescue.  To change lives.  Theirs and ours. 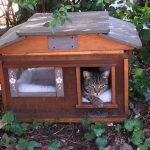 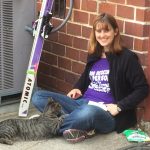 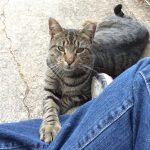 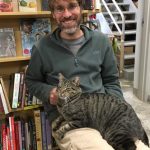 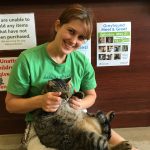 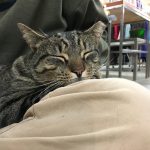 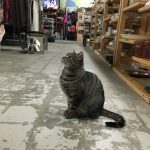 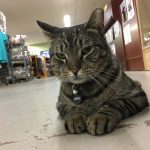 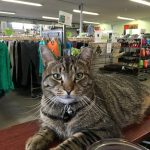 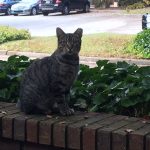 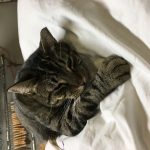 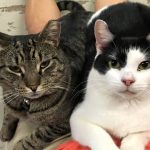 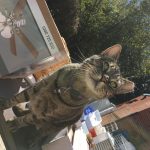 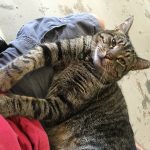 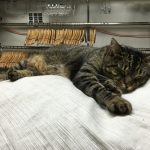 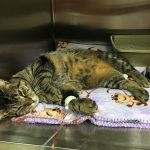 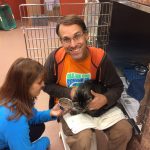 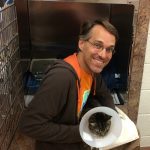 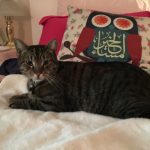 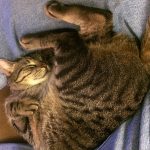 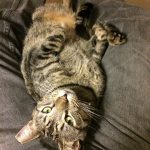 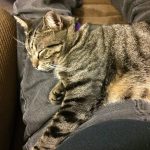 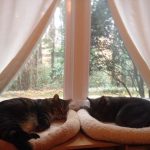 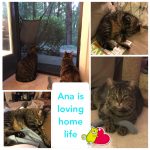 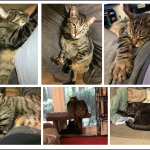