Second Life in the News

“This Atlanta-metro thrift store sells second hand goods for a great cause—giving animals a second chance at life. Their two locations are just a stone’s throw from each other, giving you twice the chance of finding hidden gems you just can’t live without. Foster cats are a mainstay in their store, so you’ll always have plenty of company as you browse.”

Thank you to Georgia Roof Pro for featuring us in their non-profit series.  Read about our journey…from how we started to where we are headed. 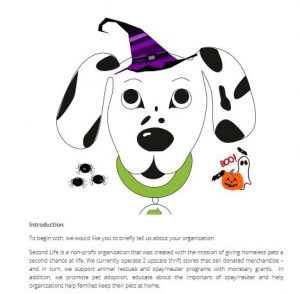 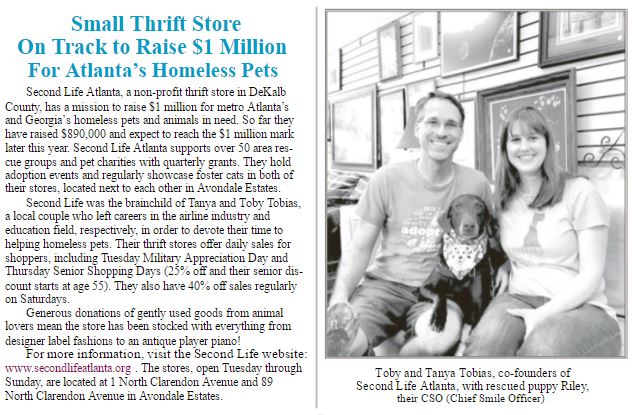 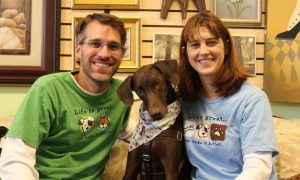 Dekalb Champion Free Press (April, 2017)
Click on picture below to read the article. 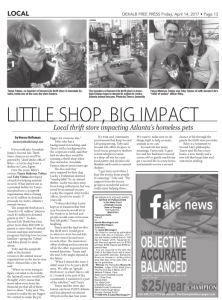 Atlanta Pet Life (December, 2016):  One Million Ways To Help Animals In Need
Read about our goal to reach $1 Million in grants to animal rescues!

Decatur Patch (December, 2012):  Dog Travels 6,800 Miles Hoping For New Home
Read about Gordy’s trip from Egypt to find a new home.  After being adopted, he came back to us and is now part of our family.

Decatur Patch (March, 2012): From Egypt to Avondale — Two-Legged Dog And Friends Need Homes
The story of our Chief Smile Officer, Riley’s journey from Egypt with his 2-legged pal Mazi and a puppy

Atlanta Journal Constitution (July, 2016):  3 healthy ways to catch up with friends in Atlanta that don’t involve ‘Let’s do lunch’

Decaturish (January, 2016): Regarding Greg: Injured cyclist focuses on the big picture
Read about how our record donations helped raise funds for his recovery